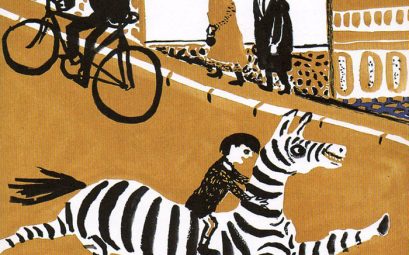 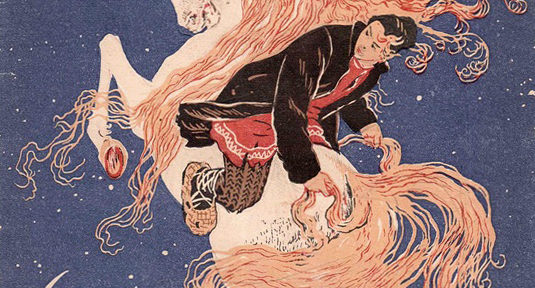 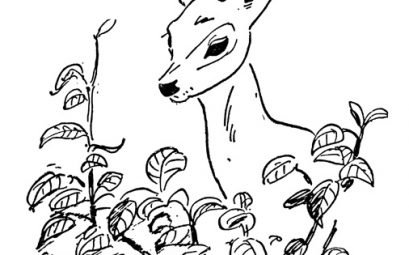 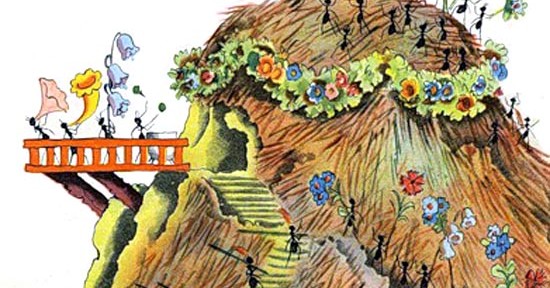 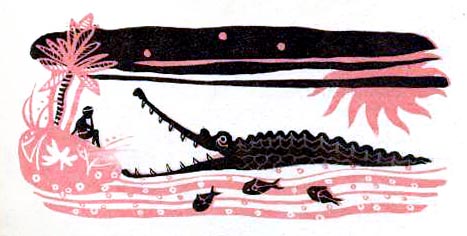 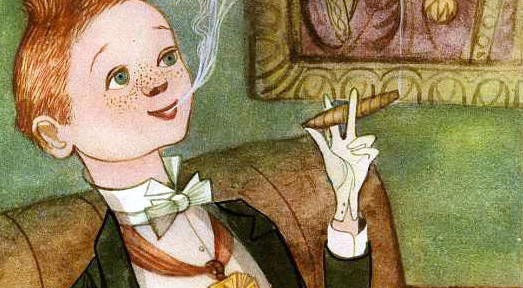 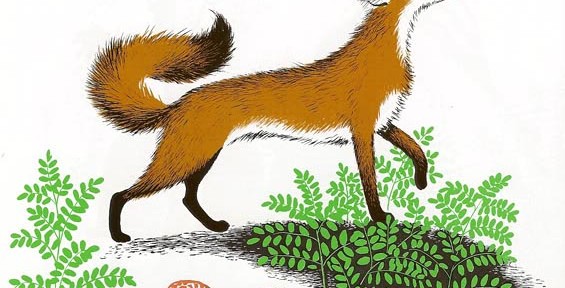 In the children’s book Chanticleer and the Fox, Barbara Cooney adapted and illustrated the story of Chanticleer and the Fox as told in The Nun’s Priest’s Tale in Chaucer’s Canterbury Tales, translated by Robert Mayer Lumiansky. Published by Crowell in 1958, it was the recipient of the Caldecott Medal for illustration in 1959. It was also one of the Horn Book «best books of the year». The book had its beginnings in Cooney’s delight in the colorful plumage of some exotic chickens she happened to see in the late afternoon October sunlight. However, it wasn’t until she read the Nun’s Priest’s Tale that she realised where and how she could express this artistic impulse. There followed a period of research on medieval times. As with much of her illustration for the previous twenty years, Cooney used a scratchboard technique. As each additional color cost money, Cooney was granted five colors, at least for half the pages, by Crowell. Some pages would be in two colors, red and black, while some double spreads would be split, ideally so that the discrepancy would not be noticed or, better, that the picture would benefit. 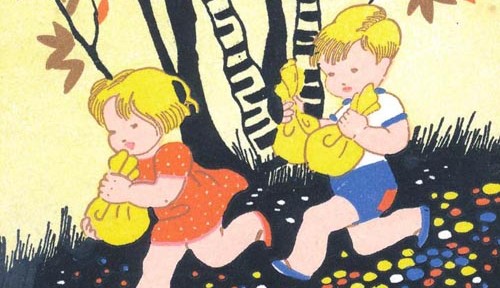 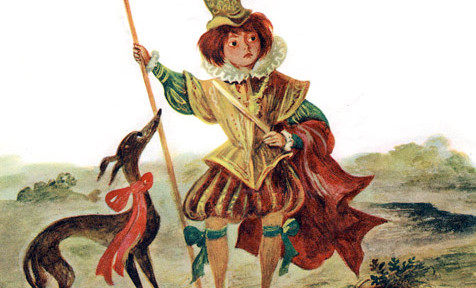